The Patriots Are Going All The Way, Baby! 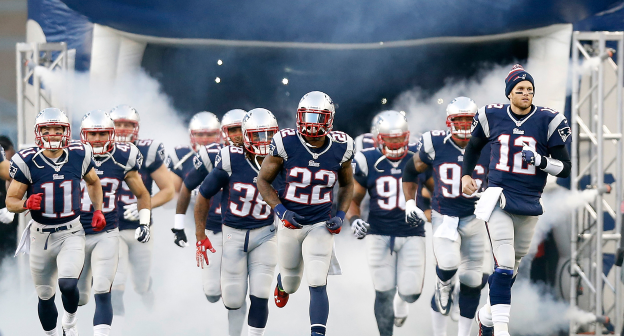 Predictions are funny things. If you don’t make them before events take place, it’s too late later to say, “Oh, yeah. I knew that was going to happen.” Any fool can make a prediction after the fact; it takes someone with real courage to stand up and be counted before the outcome is known.

So here’s my prediction. The Patriots are going all the way this year. I will not go so far as to say they will win every game. I am saying they will do what very few teams ever do — repeat as Super Bowl champions.

Why? Revenge, pure and simple. They are done being kicked around by the NFL, every sports commentator in the country, every coach in the league, most players and the majority of fans. 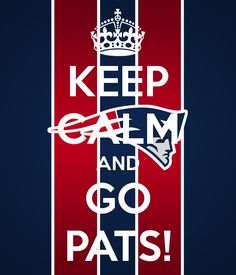 The level of hatred against the Patriots is truly astonishing. New England fans who traveled to Buffalo reported threats and intimidation that went beyond the bounds of human decency. One Bills fan told a female Pariots fan he hoped she got sexually assaulted before she got out of the parking lot.

This has gone beyond ridiculous all the way to absurd. The Patriots are out to show everyone they are the best there is — or ever was. Nothing will stop their march to victory in February, and good for them. We here in New England are tired of the whining, the jeers, and the boorish behavior. We’re proud of our team and we want them, quite frankly, to go out there and shut those people up!

Partly, the Patriots brought this on themselves. Last year in a game against the Jets, the balls were grossly over-inflated by the officials. During halftime, Tom Brady xeroxed a copy of the rule book saying the balls should be inflated to between 12.5 and 13.5 pounds per square inch (they were actually at 16 psi) and had one of the ball boys hand deliver it to the officials. It’s possible that did not sit well with the refs.

Later, in a game against Baltimore, Bill Belichik ran some plays where certain players were ineligible receivers. Jim Harbaugh, the Baltimore coach, protested. The officials weren’t sure what the rules were, but when they figured it out, Harbaugh looked like an incompetent boob, which he is. The officials didn’t look too smart, either.

Near the end of the 2014 season, the Patriots submitted a recommendation to the NFL that cameras be installed at the goal lines in every stadium to help the officials make the right call on disputed touchdown plays. The league rejected the idea, saying it would cost too much money. Belichik chirped that the money involved was pocket change for a league that has more than $12 billion a year in annual income.

No one likes to made to look like a fool. A conspiracy was hatched at the highest levels of the NFL headquarters to make certain the Patriots were put in their place. Who did these guys think they were, anyway, telling everybody what the rules are and how to spend the league’s money? Those cheeky bastards had to be taught a lesson.

And the lesson the team learned was that they had to let their performance on the field do their talking for them. The first week, they demolished the Pittsburgh Steelers. In week two, they made the Buffalo Bills look like refugees from the Pop Warner league. There will be no holding these guys back. They are on a mission with one goal — to prove they are the best football team in history. No ifs, ands, or buts.

They are leaving it all on the field this year. If it looks like they are running up the score on occasion, it’s because they are. If they show their opponents no mercy, that is by design. Their intention is nothing less than to make Roger Goodell look like the ineffective stooge he really is.

The Patriots will be the Super Bowl 50 champs. You heard it here first.

Totally enamored with my family, my grandkids, and seeing the world.
View all posts by Steve Hanley →
This entry was posted in Sports and tagged New England Patriots, Super Bowl 50. Bookmark the permalink.