The Darkest Evening Of The Year

One of my favorite poems is Robert Frost’s “Stopping By Woods On A Snowy Evening”. In it, Frost makes reference to the Winter Solstice, the day in the northern hemisphere with the least amount of daylight.

Whose woods these are I think I know.
His house is in the village though.
He will not see me stopping here
To watch his woods fill up with snow.

My little horse must think it queer
to stop without a farm house near
Between the woods and frozen lake
The darkest evening of the year.

He gives his harness bells a shake
To ask if there is some mistake.
The only other sound’s the sweep
Of ease wind and downy flake.

For thousands of years, people have marked the Winter Solstice as an important astrological event. One of the mammoth pillars at Stonehenge aligns precisely with where the sun sets in the sky on this day, telling those ancient people that winter had begun and spring was not far behind.

In agrarian societies, the months between January and April were know as “the famine months” because the bounty of the last harvest was largely depleted while the start of the new growing season was still far off. Cattle were often slaughtered at this time of year because there was not enough grain to feed them through the winter.

The tradition of lighting candles and fires at this time of year harks back to pagan mid-winter rituals designed to frighten away the darkness and hasten the return of the sun to its rightful place in the heavens. This is a time of rebirth and regeneration, and so it is appropriate that the birth of Jesus has come to be celebrated near the winter solstice. 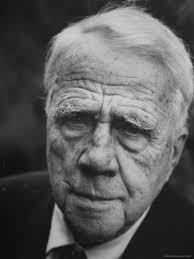 Robert Frost was known for being economical with his words, a style befitting the taciturn Yankee that he was. “Stopping By Woods” has been probed, analyzed and dissected by generations of scholars, most of whom agree it is primarily about death. After all, snow  and sleep are frequently used as metaphors for death in literature and “the darkest evening of the year” is when the Earth dies before the rebirth that comes with springtime can begin.

Some argue that Frost was contemplating suicide, just as Hamlet was when considering whether “to be or not to be.” For a poet who never used one more word than necessary to convey his message, scholars think the repetition of the phrase “miles to go before I sleep” connotes that Frost’s character has chosen to live rather than succumb to the darkness.

But I think sometimes we over-analyze things and lose the beauty of what is right there before us. Certainly Frost’s poetry is filled with allusions and deeper meanings, but he is also telling us that there is beauty everywhere in nature, even in the depths of winter.

Are the woods really lovely, dark and deep? There is a full moon tonight. Why not go outside this longest night of the year and see for yourself?

Totally enamored with my family, my grandkids, and seeing the world.
View all posts by Steve Hanley →
This entry was posted in Adventures, History, Holidays and tagged Robert Frost, winter solstice. Bookmark the permalink.