From Worst To First! 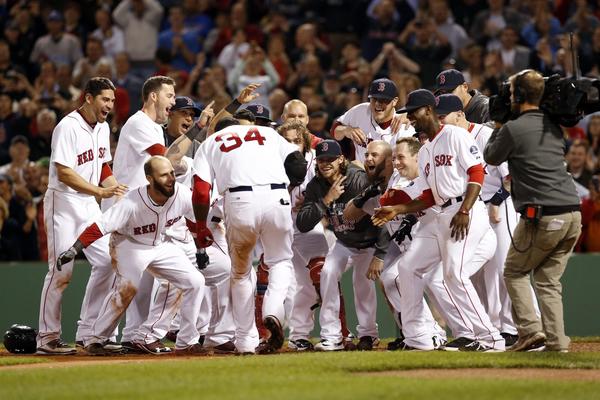 The Boston Red Sox have won the 2013 World Series. For some of you, that may not be big news. After all, since the John Henry group bought the team in 2001, the Red Sox have been world champions 3 times. But it was not always so. After 1918, the team went 86 years without a World Series victory. The fans became fond of saying, “The Red Sox killed my father and now they’re slowly killing me.”  After the debacle that was the 2012 season, the odds of them EVER taking another world title were about the same as me becoming president.

The John Henry Group includes some very smart people. Yet after the last championship in  2007, they lost their way. They forgot about playing baseball and concentrated instead on “leveraging” the team to increase their wealth. Ownership began telling the coaches which players it wanted in the lineup and where they should bat. Grandiose marketing schemes were hatched,, like selling commemorative Fenway Park bricks to the fans.

Then the suits upstairs pulled one of the most bonehead plays in the history of sports. They fired Tito Francona, the much beloved manager who reversed the curse of Babe Ruth in 2004, and hired Bobby Valentine to replace him. Not only did they let Francona go, they spread vicious rumors about him in the press after he was gone. He responded by writing a book about his adventures in Boston that painted the owners as a bunch of blithering idiots. Which they were.

During the disastrous and tumultuous 2012 season, attendance at Fenway plummeted, revenue from NESN, the television sports channel owned by the Sox, fell off a cliff. Boos from the fans rained down on the hapless players as the team stumbled to a last place finish, losing 97 games along the way.

The Red Sox management had committed the sin of hubris. They thought it was all about them and how smart they were. They forgot the crucial piece of business wisdom that Warren Buffett has been preaching for years – hire the best managers you can find and then get the hell out of the way! Which is exactly what they did when the Bobby Valentine train wreck finally lurched to its painful conclusion. 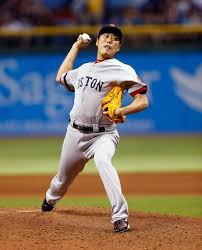 Over the winter, general manager Ben Cherington hired manager John Farrell away from Toronto and brought a bunch of new faces to town, most of them cast offs from other teams. Red Sox fans were introduced to Shane Victorino, Jonny Gomes (yes, that is how he spells it), Mike Napoli, Mike Carp and a broken down old Japanese pitcher named Koji Uehara. Who WERE these guys? At the beginning of the season, most Boston fans and sports writers believed the 2013 Red Sox would finish the year in the American League cellar once again.

Our famous slugger, David Oritz, was recovering from a torn Achilles tendon and wasn’t ready for the start of the season. Our highly touted closer, Andrew Bailey, went down with an injury. His replacement, Joel Hanrahan, also suffered a season ending injury. In May, Clay Buchholz, who started the season with a 9-0 record, went on the disabled list. He would not pitch again until late September.

What we fans did not know and the press did not fully appreciate was that Cherington and company had purposely selected a group of players who had playoff experience and knew how to win. By the time the All Star break came in July, the surprising Sox were in first place in the American League East and owned the best record in baseball. Maybe it was because of the beards?

From the beginning of Spring training, all the members of the team had agreed to grow beards and keep them until the season was over. Now, these were not just ordinary beards. These were flowing, luxuriant works of art reminiscent of ZZ Top or miners during the Gold Rush of 1849. The players made a commitment to each other to “find a way to win” and the beards became the symbol of that commitment. As the season went on, fans began wearing fake beards in the stands and “Fear The Beards” became the motto for all of Red Sox Nation.

They say that good pitching stops good hitting. And that was never more true than in the 2013 playoffs. Throughout the division and league championships, the Red Sox hitters were stymied time and time again by the talents of starting pitchers for Tampa Bay and the Detroit. Things only got worse in the World Series when the faced the mighty St. Louis Cardinals pitching staff. For the Series, the Sox managed only a woeful .150 team batting average. And still they found a way to win.

The only bright spot at the plate was a guy who came back from a debilitating Achilles tendon injury, shed 30 pounds and rededicated himself to the specialty skill at which he excels – hitting a baseball. David Ortiz went 11 for 16 in the World Series for a staggering .688 batting average, the highest of any player ever. At the beginning of the year, most fans (including me) wanted to give up on Big Papi. But today, be is the MVP of the 2013 World Series. What a story!

There is one other fellow I would like to give a shout out to – John Lackey. After 2 unremarkable seasons in Boston, Lackey incurred the wrath of the fans in September of 2011 when they learned he and his buddies, Josh Beckett and John Lester, were drinking beer and munching on fried chicken during games while the team slid from first place into post-season obscurity. Lackey then missed the entire 2012 season after having surgery on his pitching arm. Most fans couldn’t wait for his time in Boston to be over.

But like Ortiz, he came back from injury in his best physical condition since 2006. He logged over 215 innings and helped push the team into the playoffs. Although his record was not impressive, he got very little run support during the regular season. In fact, he lost 6 games in which his team scored no runs at all. But last night, as he left the mound the winner of the 6th and deciding game of the 2013 World Series, he tipped his cap to the crowd as they roared their approval. All has been forgiven, it seems. Winning tends to do that.

Lastly, a word about 38 year old Koji Uehara. Texas let him go at the end of 2011. He was picked up by Baltimore for 2012 and again let go at the end of the season. The Red Sox acquired him and all of us were wondering, “Why do we want this guy?” After our two highly paid closers went down with season ending injuries, the Red Sox tried several different pitchers to replace them. Eventually, they gave Uehara a shot. And he was spectacular.

Unlike some closers who stomp around the mound between pitches and try to intimidate batters with fierce grimaces, Uehara gets the ball and throws it. 85% of his pitches are strikes. He completely baffles some of the best hitters in the game. He gave up exactly one earned run and only 4 walks since the middle of August. His beard is invisible on camera, but he has been every bit as important to the team’s success as David Ortiz. I think he deserves a full page photo.

History has a way of thrusting people into the limelight. Some thrive. Some fail. Uehara has been nothing short of brilliant. From opening day to the last game of the World Series, his ERA is a microscopic 1.09. When he wins, he dances around the mound like a kid on Christmas morning. To me, he is symbolic of the 2013 Red Sox – a bunch of no name players way past their prime who refused to give up. They found a way to win and, in the end, they won it all.

Totally enamored with my family, my grandkids, and seeing the world.
View all posts by Steve Hanley →
This entry was posted in Baseball, Sports and tagged Red Sox, World Series. Bookmark the permalink.