When I was young, the typical American car was about the size of a Buick Roadmaster.  On other words, it was HUGE! There was room in the trunk to sneak 4 friends into a drive-in movie. A normal person could stretch out full length on the back seat without taking off his Bass Weejuns. The cars weighed 4,000 pounds or more. Back then, that avoirdupois was referred to as “road hugging weight.” This particular car featured four portholes in the front fenders and a Straight 8 engine under the hood. Gas mileage? Forget about it. Gas cost less than 25 cents a gallon. Who cared about gas mileage? 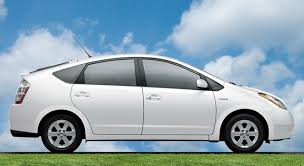 It’s fair to say that things have changed. Today, we are all thinking of climate change, peak oil, melting polar ice caps and fuel economy. Cars in general have been “down sized” to decrease weight and improve fuel economy. The hybrid passenger car, featuring both a  gasoline engine and an electric motor, has shouldered its way into dealer showrooms, thanks largely to the Toyota Prius. Today’s new car ads tout great gas mileage. No one mentions 0-60 times any more.

Just in the past week, three manufacturers have announced advances in automotive technology that point the way towards the future. One is an actual production car and the other two are concept vehicles that are in development. All of these announcements were reported by Gas2.0.com.

Ford announced that it’s smallest passenger car in the American market will now be available with a 1.0 liter, 3 cylinder, turbocharged engine which it says may get 45 mpg on the highway. Interestingly, the tiny motor outperforms the standard 1.6 liter engine in

term of acceleration and pulling power. Previously, the only 3 cylinder motors Americans might have heard of were the two stroke engines found in early Saabs – the ones that had a “ringy ding ding” exhaust note and trailed a faint plume of oil smoke behind – and the engine in the cheapest Geo Metro. The engine block for the new Ford 3 cylinder is so small it can fit into a suitcase!

Later this week, BMW will feature is electric only i3 Coupe at the Los Angeles Auto show. This car is definitely not your grandfather’s Buick. In fact, it could probably fit in the trunk of the Buick. The i3 is based on BMW’s 1 Series cars and are part of what are currently known as “city cars”, that is, they are not expected to tour Route 66 from Chicago to Barstow. Rather, they will have a range of approximately 60-80 miles between charges, which is more than enough for 80% of American drivers, who use their cars primarily to get back and forth to work.

The folks at Audi are currently working on what they call a “1 liter” car – a plug-in diesel electric vehicle using a small diesel engine to recharge the battery during driving. Uncoupling the engine from the driven wheels allows it to turn at a constant speed. This in turn allows the engineers to tune the engine for the lowest possible emissions with the highest possible efficiency. The Chevrolet Volt uses a similar system, although its engine can be coupled to the drivetrain in certain circumstances.

The most amazing thing about the Audi experiment is that it is projected to deliver up to 283 miles per gallon!  Wow. That is about 40 times what that Straight 8 in the 1954 Buick Roadmaster was capable of. Just think what would happen to our energy situation if all cars got over 200 mpg?

In the near future, we will take a look at what sorts of fuels might power these new, smaller and more efficient cars on the horizon. In  the meantime, please take a moment to take the poll below to help me tailor my coming posts to your interests. Thanks!

Totally enamored with my family, my grandkids, and seeing the world.
View all posts by Steve Hanley →
This entry was posted in General Automotive, Technology and tagged Ford 3 cylinder engine, small cars. Bookmark the permalink.

4 Responses to The Incredible Shrinking Automobile